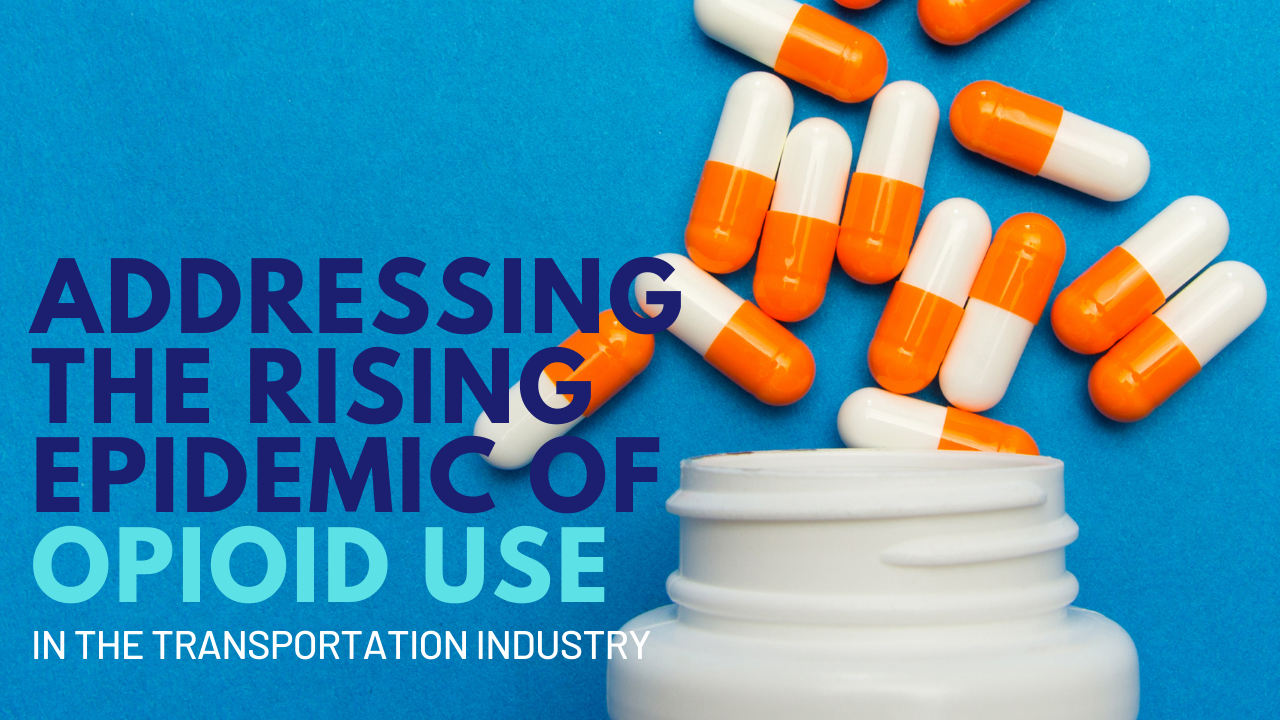 High Behind the Wheel: Opioids and Increased Liability Exposures

Opioid use in the United States has reached an epidemic level, with the National Survey on Drug Use and Health finding that 10.9 million people misused opioids in 2016, and the Centers for Disease Control and Prevention putting the number of deaths as a result of opioid use at a record 42,000.

The transportation industry is among the sectors hit the hardest by the opioid crisis. According to federal data, the number of truck and bus drivers, commercial pilots, railroad operators, and pipeline workers who failed federal drug tests jumped by 77 % since 2006. Workers who hold “safety-sensitive” jobs in transportation companies are required to test at least 25% of their workforce each year. This means that nearly a million more workers are now being drug tested with the transportation industry rebounding in recent years.

Addressing the Issue of Opioid Use

To help address the issue of opioid use in the transportation sector, new regulations from the Department of Transportation (DOT) went into effect early in 2018 requiring testing for additional drugs. The ruling, which already became final, requires employers to add four semi-synthetic opioids to the drug-testing panel. This rule applies to all DOT modalities and employers in DOT-regulated industries subject to 49 CFR Part 40, such as aviation, motor carriers, railroads, mass transit, and pipeline employers.

Previously, DOT-regulated employers – in addition to urine testing for amphetamines, cocaine, marijuana, and phencyclidine – had only been required to test covered employees for opiates, codeine, morphine, and heroin.

•  Adds four semi-synthetic opioids (hydrocodone, oxycodone, hydromorphone, and oxymorphone) to the drug-testing panel.
•  Adds methylenedioxyamphetamine (MDA) as an initial test analyte because, in addition to being considered a drug of abuse, it is a metabolite of methylenedioxyethylamphetaime (MDEA) and methylenedioxymethamphetamine (MDMA), and such testing potentially acts as a deterrent.
•  Removes testing for MDEA from the existing drug-testing panel.
•  Removes the requirement for employers and consortium/third-party administrators (C/TPAs) to submit blind specimens in order to relieve unnecessary burdens on employers
•  Adds three “fatal flaws” to the list when a laboratory would reject a specimen and modifies the “shy bladder” process so that the collector will discard certain questionable specimens.

In addition, last year the Federal Motor Carrier Safety Administration (FMCSA) created a national clearinghouse for commercial drivers’ drug and alcohol test results, in order to ensure that trucking companies know the history of their drivers.

Trucking companies are duly concerned about the safety of their drivers and their equipment, but they are also aware of their liability for any truck crashes, injuries and deaths that their truck drivers might cause while working for them under the influence of drugs. As a result, major trucking carriers want to use hair testing rather than the urine testing the FMCSA uses for drug screening. According to the U.S. National Library of Medicine, hair analysis provides long-term information that covers months to years and reveals the severity and pattern of drug use. Urinalysis can only indicate drug use in the past two to three days.

DOK Insurance Agency specializes in insuring the transportation industry, offering Liability, Physical Damage, Cargo, Garage, and other solutions designed to address your insured’s risk profile. Give us a call to find out how we can help you and your clients.